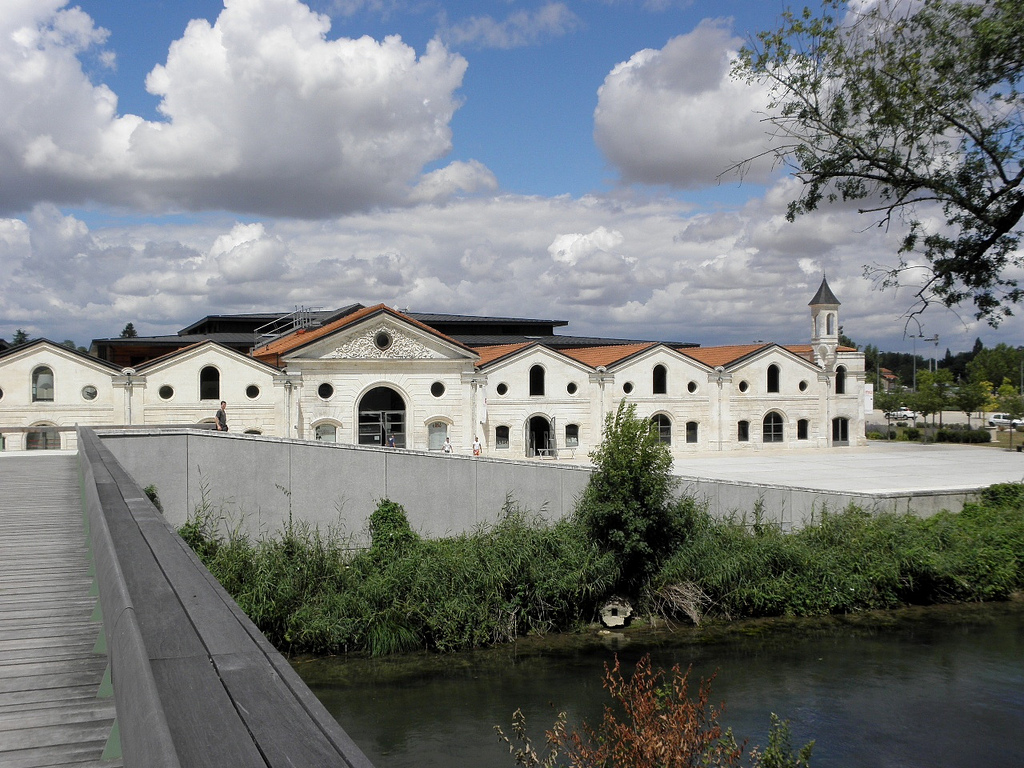 Le Musée de la bande dessinée in Angoulême is a complete history of French and American comics, a unique collection in Europe.  The strips, boards and drawings are selected among 12,000 originals and are renewed every three months, to help conserve them. The works are displayed for four months and then kept in stock for four years, which means there are new displays three times per year!  Even though the displays are in French, you can download an English guide from their website.

Every year, Angoulême hosts the International Comic Book Festival, the second largest in Europe.   The four-day festival is notable for awarding several prestigious prizes in cartooning.  Running for 42 years, the festival’s most prestigious prize is the Grand Prix de la ville d’Angoulême – a life time achievement award given to a comic’s author.

La Maison Bois was designed and completed in 2015 by young British Architect Tom Kyle, in the quest to self build a sustainable, low impact, holiday home, in the popular and beautiful region of Charente.

The house is in the village of Montembouef and is within easy reach of numerous leisure activities, historic cities and is just 45 minutes from Limoges airport. It is a beautiful, self catering house with four bedrooms suitable for both families and friends looking to take a break from their busy lives.

Relax and unwind in its open plan layout. Sit out on the expansive south facing terraces and take in the uninterrupted views across the countryside. Explore and play in the large garden; pick the fruit, roll down the hill, hide among the trees or just enjoy the peace and solitude.

Check out our build blog to see how we got here

At the end of 2012, we decided that we would try to make our dream of building a house in France a reality. As Tom is an Architect this was a fantastic opportunity for him. We were both keen to build a house that was as sustainable as possible and wanted to use local builders and materials wherever we could. If you are interested in the design and build process for the house please visit our website at lespetitesgarennes.com.